Warning: Declaration of thesis_comment::end_el(&$output, $comment, $depth, $args) should be compatible with Walker::end_el(&$output, $object, $depth = 0, $args = Array) in /nfs/c09/h01/mnt/137719/domains/timshrout.com/html/blog/wp-content/themes/thesis_184/lib/classes/comments.php on line 0
 About 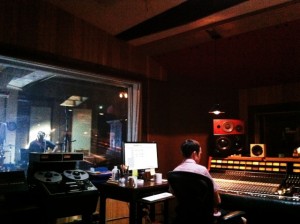 I am a recordist, mixer, and musician based in Portland, Oregon. My job is to help musicians make awesome records.

Each musical work deserves an approach tailored uniquely to it. No two musicians, no two songs, and no two performances are ever exactly alike. This simple idea is the core of my philosophy on making records.

Is your band at its best when all of you are playing together with your amps cranked?  Then let’s record that way.  Does your latest song rely on an unrelentingly tight groove?  We’ll work together to make sure each element is locked together, even if it means hours of precision editing.  Would that outro sound best played through an iPhone synth and recorded with a ribbon mic to cassette tape, then brought back in to Pro Tools to be chopped up?  Then I’ll make it happen.  Whatever tool or technique your project calls for is fair game.

It comes down to this: Do whatever it takes. You’ve got a vision for your music, and I want to help make it a reality. We’ll keep working until we’ve got it.

Get in touch. Let’s make a record. 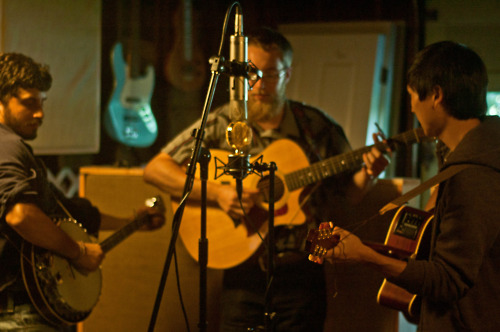